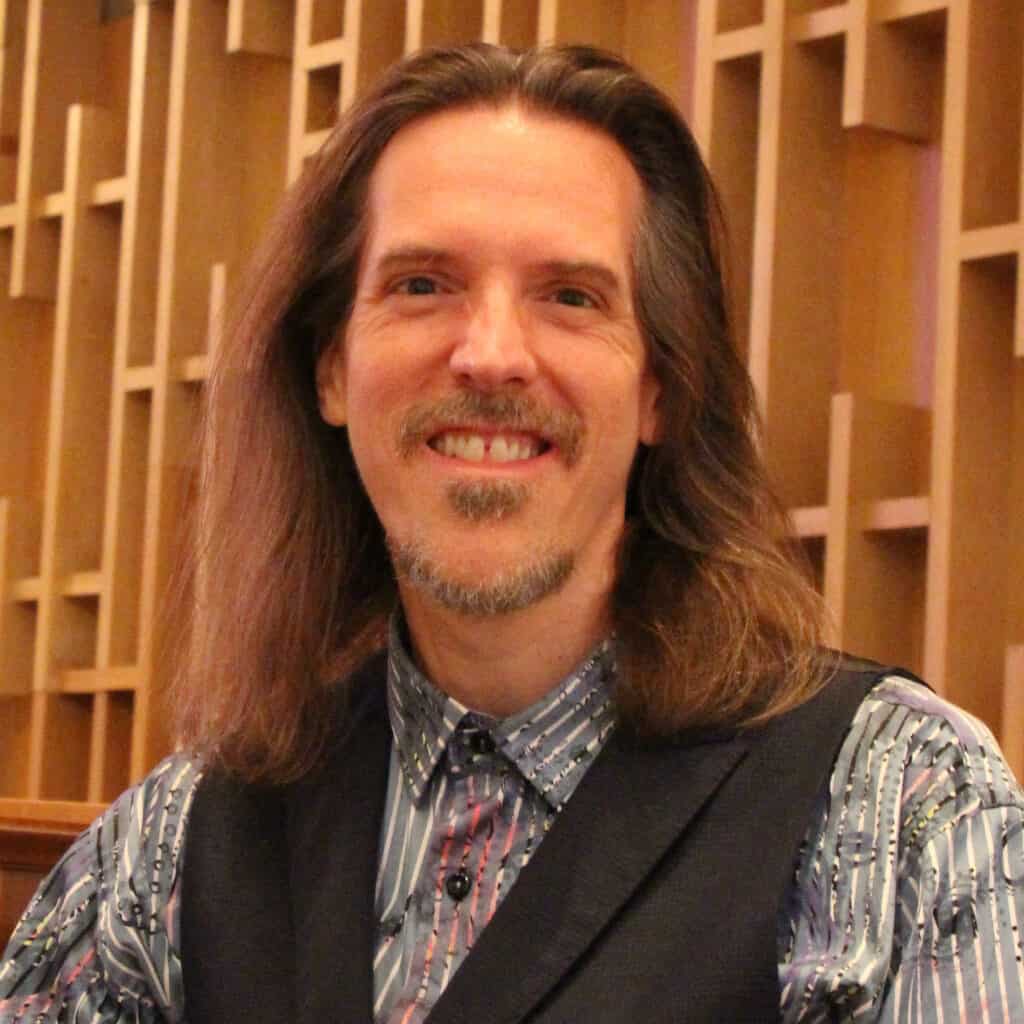 An award-winning composer and organist, Mark Kurtz has been Director of Music Ministries at First United Methodist Church since the year 2000. His education began at the North Carolina School of the Arts, where he won a Chancellor’s Award for Excellence and graduated as Outstanding Senior. He continued his studies at the University of Michigan at Ann Arbor, where he was twice named an Angell Scholar and graduated with highest honors.

Next, he studied at the University of Minnesota, where he branched out from his conservatory-style background and began to be involved in performance art, musical theater, and conducting. His compositions have been performed across the United States, in Canada, and in Europe. He has received many commissions for new work, from groups such as the American Guild of Organists and the Evangelical Lutheran Church in America. He regularly writes new pieces for the Chancel Choir and Handbell Choir of First United Methodist Church; two CD’s of his compositions, performed by the church choirs and with guest soloists and instrumentalists, have been produced.